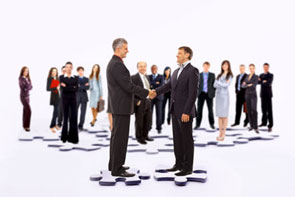 In this article I will outline and describe the above points to help you decide if you want to form a holding company.

An incorporated business can choose to create a creditor proofing plan. This plan allows an owner to reduce risk and protect their business assets from any possible claims brought up by another party. Having a creditor proofing plan integrated with a holding company can relieve you of some of your debt. It should be noted that this plan should only be created when your business is able to meet debts, generally when they are due. If any asset transfers are made to a holding company with the intent to slow down or defeat existing creditors, the transfers may be overturned. The point of a creditor proofing plan is to structure your business operations to minimize liability for future creditor claims, not current ones.

Depending on how your board is made up, you as the owner may have less control over the holding company. Also, the $800,000 lifetime capital gains exemption would not be available to the holding company on the sale of shares of the operating corporation.

To Act as a Parent of a Group of Companies

Another example is where your holding company owns the shares of multiples operating companies, each of which conducts a separate business. The reason for setting up a holding which acts as a parent of a group of companies is to streamline and organize business operations and transactions.

Get answers to your Canadian and U.S. tax questions straight from the source.