How to make sure a charitable fundraiser is within tax rules 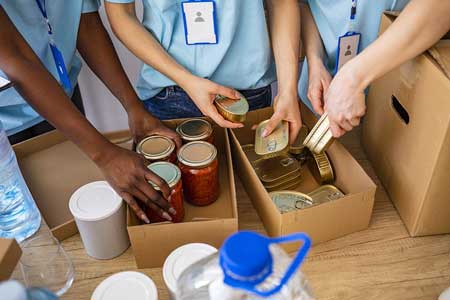 When raising money for a cause you care about, there’s much to be done in advance of hosting the event.

If you’re planning a fundraising event where tax receipts will be given, there are many complexities to be aware of.

From the Canadian Revenue Agency’s (CRA) perspective, for example, fundraising events, just like charitable status, must align with an intricate set of rules that the third-party fundraiser and the charity they work with must follow. Here’s a breakdown of some of the key things to know before planning an event.

1. Work with the charity

Firstly, as a third-party fundraiser organizer (which, for the purpose of this article, excludes informal fundraising efforts, such as crowdfunding and social media campaigns), you must reach out to the charity you want to support beforehand for consent to organize the event, says Toronto lawyer Mark Blumberg, partner with Blumberg Segal LLP. Then you work closely with them to ensure adherence to existing fundraising and donation policies, he adds. A written agreement should also be considered, suggests the CRA, with clear conditions outlining the fundraising arrangement.

“Third-party fundraising can be brilliant for charities because another person is doing most of the work,” he says. “But organizers should talk to the charity beforehand, [to] understand their fundraising practices and the work and information required, so things are agreed upon ahead of time.”

A charity must be registered with the CRA in order to provide donation tax receipts says CPA Stan Swartz, president of Toronto-based Infomoney Solutions Inc. Many non-profits in Canada are not registered charities (80,000 to 100,000 of them, in fact). To make sure the organization you plan to support is officially registered, visit the CRA’s website to do a quick search.

When issuing donation receipts, whatever guests receive at the fundraising event – be it food, beverages, green fees, cart rental, golf balls, door prizes and/or complimentary gifts – must be factored in. Referred to as an advantage, this means that the amount donated, less the total value of what is received, will be the amount on a receipt issued to participants. Door prizes are valued at their retail value, totalled up and then prorated based on the number of event tickets sold (as opposed to being treated as an advantage only to those who won a prize). Other advantages are based on the value of what was actually received by each participant, as outlined by the CRA.

Rules for raffles are dependent upon how the fundraiser is organized. If included in the event fee, then raffled off prizes are treated similarly to door prizes and their value must be taken into account when issuing receipts. However, if a raffle is conducted separately, by selling raffle tickets at the event for example, it is treated like a lottery. According to the CRA, the purchase of a lottery ticket is not a gift. Therefore, the cost of the raffle tickets is not a donation for the ticket purchaser and subsequent prizes do not have to be considered when calculating the advantage for event participants.

Fortunately, there is a de minimis rule that applies, meaning the total of all advantages received are considered to have a “nominal value.” Under the rules, this means the total advantage is not more than $75 or 10 per cent of the fair market value (FMV) of the gift, whichever is less. In such a case, the charity is absolved from having to subtract these advantages when issuing receipts, according to the CRA.

Keep in mind, Blumberg says, that, if the advantage a donor receives is more than 80 per cent of the value of their donation, they are not eligible for a receipt.

“It’s a very organized system and there is particular information a charity needs to work it all out,” he says.

In the case of donated property or non-cash gifts, such as those sold during an auction, a receipt can be provided to the donor of the item equal to its FMV. The winning bidder can also be issued a receipt, equal to the amount paid for the item less the FMV of the item, subject to the advantage rule.

The FMV, Swartz says, can be tricky to determine for certain items, such as artwork, which would need to be appraised by a qualified individual to determine the most accurate FMV. Other items, such as a TV for example, are easier to value by simply sourcing the retail cost.

As mentioned, the advantage rule applies to an auction as well. Consequently, a donation receipt for an auctioned item is only issuable to the bidder if the winning bid amount paid exceeds 80 per cent of the value of that item, adds CPA Michael Espinoza, senior manager, national tax office, Grant Thornton LLP.

“You can think of it as a minimum threshold to determine whether the bidder actually intended on making a donation,” he says.

Lastly, donated services – including time, skills or efforts contributed free of charge to help organize a fundraising event, for example – do not qualify for receipts, as they’re not considered “property” by the CRA’s gifts of services policy. However, if an individual provides a service, the service is paid for by the charity and then that same individual returns the payment as a gift, a receipt can be issued since two distinct transactions have taken place.

Whether receipts are issued for a virtual or in-person event you are organizing – be it a dinner, golf tournament or auction – remember that only the charity (not you, as the organizer) can issue them, Espinoza reminds us.

“Ensuring accurate receipting of gifts is always important for charities as inaccurate or fraudulent receipting could result in revocation of charitable status,” he says.

While this article provides an overview of the rules to be followed, make sure you cover all your bases by using the CRA’s website for reference.

“Whatever you do, do it within the tax rules available, ask the right questions and stay aligned with the examples on the CRA site,” says Swartz.

Go with a pro

This article includes a general summary of detailed tax rules. Need specific tax advice? Hire a Chartered Professional Accountant (CPA) and get the best working for you.