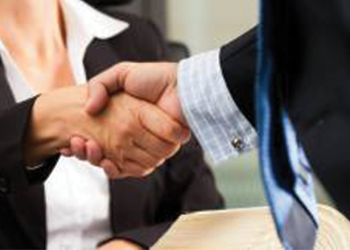 Sanjeey Khatter, like many Canadians today, was in the dark as to how to file his taxes. Therefore he took on a tax preparer to assist him with his financial needs. What occurred after was an unfortunate mixture of poor judgment and severe carelessness.

Sanjeey hired a man by the name of Muntaz Rasool, who led him to believe he could receive a greater tax refund than what was previously prescribed. However, when Muntaz began putting together Sanjeey’s 2008 tax return, he made up a large and fictitious business loss; on a business his client never owned. By claiming his loss in 2008, a request was made to apply net operating losses to the preceding year’s income (ie, a “carryback”) which would have made his taxable income from 2005 to 2008: zero.

Throughout this transaction, there were a few moments that should have roused suspicion in Sanjeey’s mind:

The CRA also followed up with Sanjeey, allowing for him to reassess his claims, yet he decided to blindly follow his tax preparer. In the end, the CRA did not allow the losses and imposed harsh penalties under subsection 163(2) of the Income Tax Act. Sanjeey was grossly negligent.

When are you grossly negligent?

You are grossly negligent when you act seriously careless or indifferent as to whether the law is complied with or not. There are many key takeaways in this case that can prevent you from facing such a circumstance resulting in harsh penalties.

The following are a few warning signs that may indicate further investigation is required by you as a taxpayer:

The following is a list of lessons that you can take away:

The onus falls on you as a taxpayer to ensure that the information contained in your tax return is truthful. It is always a good idea to review your tax return before signing it, as you may be able to pick up on any obvious questionable errors as opposed to blindly trusting your accountant. This simple act will allow you to avoid any penalties that may amount to gross negligence.

How the Self Employed Can Reduce Taxes

How to Use Video Marketing for your Business