The Canadian real estate market has been a lucrative investment opportunity for foreign investors due to Canada’s relatively stable economy. If you are a non-resident or a foreign investor looking to enter the Canadian real estate market, this article is for you! The article will help you understand your tax obligations, provide strategies to reduce your tax implications and will paint an overall picture of the benefit of filing a section 216 return.

Requirements of Electing Under Section 216 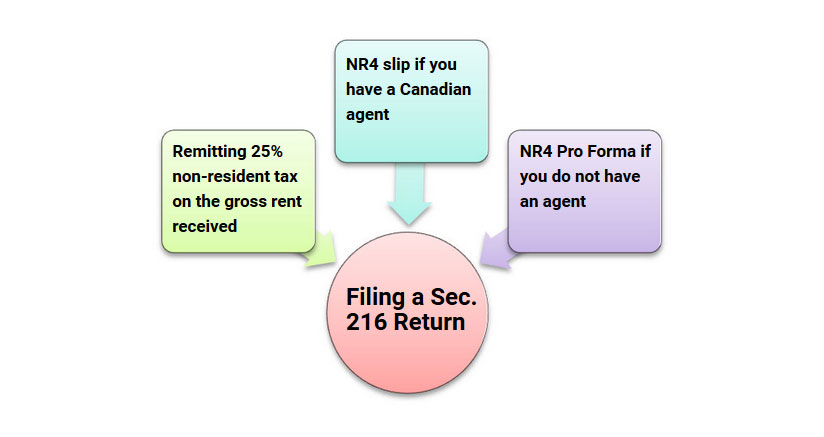 NR4 slip if you have a Canadian agent

NR4 Pro Forma if you do not have an agent

How to Remit the Non-Resident Tax?

Gross Rent for the Year

Benefit of Filing a Section 216

How can you reduce the Amount of Tax Withheld & Remitted?

What Happens if You Sell Your Rental Property?

Summary of Key Due Dates:

If no NR6 is filed: 2 years from the end of the year the rental income was paid
to you.

Submit to CRA before Jan 1 or before the date the first rental payment is due.

However, you can file an NR6 past this date and see if CRA will approve. 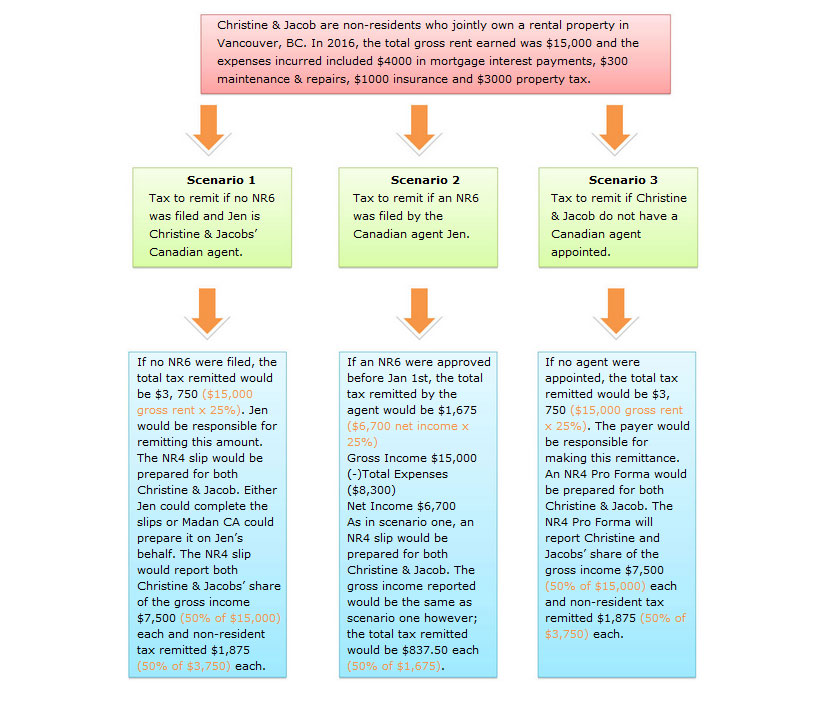 Christine & Jacob are non-residents who jointly own a rental property in Vancouver, BC. In 2016, the total gross rent earned was $15,000 and the expenses incurred included $4000 in mortgage interest payments, $300 maintenance & repairs, $1000 insurance and $3000 property tax.

Tax to remit if no NR6 was filed and Jen is Christine & Jacobs’ Canadian agent.

Tax to remit if an NR6 was filed by the Canadian agent Jen.

Tax to remit if Christine & Jacob do not have a Canadian agent appointed.

As in scenario one, an NR4 slip would be prepared for both Christine & Jacob. The gross income reported would be the same as scenario one however; the total tax remitted would be $837.50 each (50% of $1,675).

How to defer capital gains tax with section 85 rollover

Should I setup a Family Trust in Canada?