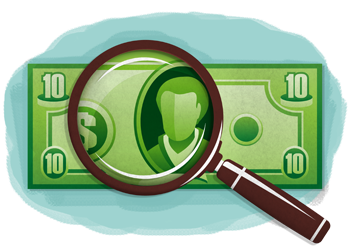 Much of the political rhetoric surrounding the Liberal Party’s win in the Canadian Federal election was centred on this notion of ‘change’, a promise of progressive changes that Canada needs in order to escape from the shadows of its Conservative predecessor. While looming issues such as the United Nations Climate Change Conference, the Trans Pacific Partnership (TPP) and Trudeau’s decision to withdraw Canadian jets from bombing missions against ISIS are at the forefront of the news, there are other less prominent but equally important issues that need to be addressed; the need for corporate tax reform in Canada. This has long been an issue that has yet to be addressed in previous governments, but one that must be if Canada is to remain competitive in this global economy. Canada needs a corporate tax regime that better reflects the economic realities of today rather than one that is based on ideological folklore.

We have all heard the arguments by proponents from the right that a decrease in corporate taxation will lead to greater foreign investment, generation of jobs and therefore greater stimulation of the economy. While this narrative has been repeated so many times, that it has bordered itself as a perceived factual claim, the empirical reality has been different; at least in Canada. Studies have shown that corporate tax rate is not one of the primary pull factors for corporations. Corporations want to minimize their costs while maximizing economies of scale, and factors such as supply chain, infrastructure, market size and wage costs are much bigger factors than taxation rates.

Why then does Canada continue a policy of reducing its corporate tax rate while handing out substantial amount of corporate welfare to corporations that are posting record profits? Canada’s manufacturing sector has been one of the major recipients of corporate handouts yet it has been in general decline for the last decade and nothing suggests we will see a return to its golden period. GM’s announcement that they are planning to close their Oshawa plants and Toyota’s decision to move production of their Corolla line from Cambridge to Mexico is further indictment that low corporate tax rate and handouts have done little to entice these large multinational corporations to stay. Canadian taxpayers should not have to be the ones to foot the bill for corporate handouts. 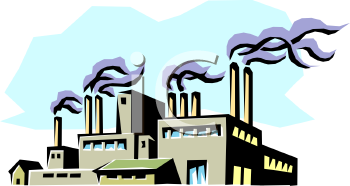 While low corporate rates and handouts can be very beneficial, Canada needs a tax regime that is not based on a one size fits all approach but rather one that is selective. This means low corporate tax rates, breaks, credits and other incentives should only be applicable to businesses and corporations that focus on long-term sustainable job creation; corporations that focus on cutting edge scientific research as well as innovative tech start-ups. To better facilitate and encourage these types of investments, a rent-based corporate tax regime has been advocated by many economists. This type of system would focus on ‘above-normal’ profits as opposed to marginal corporate income. Thus, taxation would only come into play once a company has shown consistently high sustainable earnings. Theoretically, this type of tax incentive should encourage risk taking and innovation.

The need for corporate tax reform is clear; we are headed in an economic future that will be dominated by technological innovation. A corporate tax regime that is better selective in who receives tax breaks, incentives and lower rates can ensure that Canada remains economically competitive. Corporate tax handouts and incentives to multinational corporations that do not need it should be drastically reduced. The savings from this can be allocated to a multitude of different resources that can better safeguard Canada’s economic future.

Tax implications of selling a Dental Practice in Ontario

Do It Yourself Tips on Corporate Tax Return Preparation

What are employee expenses?

Death of a Taxpayer – Tax Returns for deceased in Canada